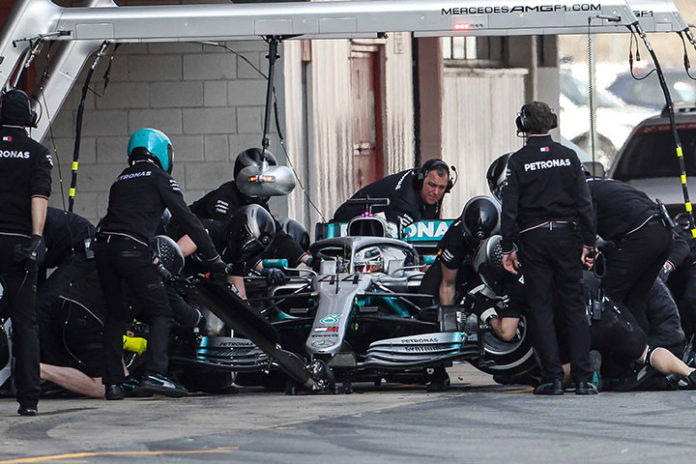 This is an article by Jon Severs published on Printweek on the 15 June 2017.

You could blame Amazon; its relentless focus on shortening delivery times infected the rest of high-street retail and ultimately spread further afield, including to print.

So, the causation of those same-day delivery demands seeping into your sales channels may well be the entrepreneurial mind of Jeff Bezos, founder of the online retail giant.

Yet that would be to simplify things in a rather complex area. In truth, there are multiple reasons why print production facilities are now geared up to deliver products in ever-shorter turnaround times, just as there are multiple aspects that are key to meeting that demand. And as printers begin to offer turnarounds of just four hours or less, it is worth ruminating on just how we got here, how widespread the increase in turnaround times is, how we adapted and what might come next (clue: it will probably involve drones).

The ever-smaller window
Traditionally, ‘last minute’ has been synonymous with ‘last brain cell’: the client has been blamed for not managing their time correctly and heaping pressure on a printer. So, in an age when expert print buyers are becoming few and far between it would be tempting to believe a lack of understanding of print and poor planning on the buying side was a factor in faster turnarounds. But according to the printers, that’s not usually the case.

Indeed, rather than an error, fast turnarounds are simply part of how buyers expect their supply chain to work now, and that is partly the fault of Amazon’s Bezos and his imitators.

“Many leading brands have been the trend setters in raising customers expectations,” says Ali Ridha Jaffar, sales director at Print Express. “Customers are becoming accustomed to delivery yesterday, and this has impacted many industries, including print. From our perspective, customers have moved from next-day delivery, to same-day delivery. And, interestingly, we now see a trend in international delivery for next-day.”

Peter Gunning, chief executive at Web2Print specialist Grafenia, says it is not all the retailers’ fault, though. They in turn were responding to a general trend towards a desire for increased instant gratification fuelled by the internet and the great pursuit of likes, shares and other social media totems of acceptance.

“I think, as a society, we’re becoming used to instant gratification in all parts of our lives. We’re becoming conditioned to expect things ‘now’,” he says.

However, it would be inaccurate to suggest printers have been helpless passengers in this pursuit of speed.
“I would argue that the quicker and quicker turnarounds are supply-led,” says Peter Bradley, managing director at Quinnstheprinters.com. “We are constantly competing with other printers to become the quickest. Why would someone wait when they don’t have to? Either we say we can do it and deliver on time, or we don’t.”

And the truth is that, for many jobs, the turnaround times demanded by clients are for the most part technically possible. So in a tight market there will always be a printer that does all they can to make it practically possible, too, so they win the work.

“In my view, whether customers have a good reason to expect same-day work or they are part of the ‘instant gratification generation’ does not matter,” says Matthew Peacock, director of consultancy Active PPP. “The fact is that if some printers can offer same-day at competitive rates and quality then they are going to get the business, and printers who want to be in the same market but don’t adapt will lose their business.”

A spreading scenario
There’s obviously a heavy caveat to the above: we’re not talking same-day for every print sector. However, other than at the very bespoke or high end of the market – usually both – turnaround time pressure will have increased so you are producing work at faster speeds.
Clearly, though, marketing products tend to be at the sharp end of the trend, boasting he fastest delivery times, “The majority of the work we produce where we see turnaround pressure across the board is marketing collateral and promotional materials,” says Mucklow.
But others warn that an increasingly varied selection of products are now expected to be turned around quickly.

Gunning agrees: “It’s a mix. You’ll see the usual suspects, but we’ve had all sorts of requests. From business cards, to whole expo backdrops.”

Where there is a pattern to the speed demands, though, it is that trade printers tend to have it worst.

“Trade printing is considered to be the most competitive part of our industry and I would say it is the constant price war coupled with the demand for needing it yesterday that makes it true that trade printers have been hit hardest with delivery demands,” says Bradley.

Gunning adds that in consumer work the demands will adapt but in trade work they tend not to. “If you’re the trade printer you’re at the end of the chain. So invariably, if there’s a hard deadline, any delays further up the chain get compressed into your production window,” he explains. “With consumers, they’re making the decision on whether something meets their deadline – perhaps, a birthday, a gift. If they can’t find what they want to meet that schedule, maybe they’ll substitute something achievable within the window.” How fast is work now being turned around? Next day is obligatory, same day is becoming more common and Gunning says four-hour turnaround is on his radar.
“That’s why we’re building Nettl Now, which uses our network of distributed print partners,” he explains. “Our aim is to cover all city postcodes within a five-mile radius of a production centre, so we can offer delivery within four hours. We’ve launched a pilot in Manchester and phase two will roll-out to 10 other cities, before we commence general availability.”

Making it work
As mentioned earlier, all this demand for speed is manageable because technically print can be produced and delivered extremely quickly thanks to advances in technology and better understanding of logistics. That’s not to say same-day or next-day delivery is easy – you need multiple layers of optimisation to make it work.

Planning is part of the solution; you need to have the capacity available to cope with last-minute requests and the expectation you will get that call not just once, but multiple times.

“We’ve gang-produced since the beginning, so that’s not new to us,” says Gunning. “Our systems are all geared towards producing jobs as efficiently as possible but prioritising those with the most urgent deadlines first, from start to end. The key is to get the file into production as quickly as possible and we’ve been honing our auto-preflight system for several years. Most simple orders can be checked by our bots. They learn what to look for and repair.”

Ridha Jaffar says those that do not have this kind of automation will be left behind: “The key tech evolutions have been focused around cutting edge Web2Print technology, coupled with workflow automation. Non-touch processes and sequences are critical in order to meet same day demands. Reliance on manual processes isn’t an option. Files need to seamlessly go from customer to press with minimum touch points.”

Indeed, too many printers believe that the key to quick turnaround work is simply having a digital press, says Peacock. They often neglect workflow – and indeed finishing – at their peril. “Digital workflow and print processes have made same-day print possible and rapid response is a significant benefit of digital technology, so it surprises me how many printers have digital presses but continue to use the same slow workflow and finishing processes as they had for litho – so any rapid response advantage is lost,” he explains.

It’s not just having the right workflow and the right kit, though. For fast-turnaround litho printers, UV curing is also an essential, says Mucklow and Bradley agrees: “We have invested in LE-UV instant drying technology with our brand new eight-colour Heidelberg Speedmaster XL 106 LE-UV,” he explains.

But of course, just producing the work on time is only half the battle, you need to get it out to the client on time, too. A well-placed production facility is a great head start in this regard. “Being close to the trunking distribution hubs in the North West and Midlands is a definite advantage – the further you are from them, the earlier your collection time, which compresses your production window,” says Gunning. “For same-day delivery though, you need to produce geographically adjacent to the client. Sending work by dedicated vehicle over long distance is really expensive.”

Bradley explains that Quinn’s has opened a site in Liverpool with this in mind. “I think our opening in Liverpool shows how critical geography is,” he explains. “We will be the only trade printer to have dual sites covering the UK and Ireland with our sites in Liverpool and Belfast.”
But physically opening up multiple production abilities or partnering with other printers costs you money, and there are plenty of printers who think a central site using reliable logistics firms is just as good.

“We partner with DPD for our delivery which means with the exception of certain extended areas (Highlands and Islands) we’re able to deliver next day to anywhere in the UK. It makes little difference to us whether the product is traveling 10 miles or 200 miles,” says Mucklow.

Ridha Jaffar adds that, internationally, couriers are improving too. “Interestingly, international delivery has never been easier due to the courier industry becoming ever more advanced and efficient. The world is our oyster!” he says.

But both stress that you have to be very careful in picking your logistics partner. “We have found there is a significant difference between various external distribution partners and you tend to get what you pay for,” says Mucklow. “As our reputation, as well as that of our clients, often rests on this, we pick our distribution partners carefully.”

For even those with multiple production sites, distribution partners tend to be crucial and again careful procurement of those services is important. “We are all in the hands of courier companies, all you can do is record them and manage the relationship. And if they are not working for you, move,” says Bradley.

It’s a point echoed by Gary White, managing director of Northside and Bradbury Graphics in Belfast, and the TradeDigitalPrint.co.uk site. “If people need something the same day, they really need it. That sort of thing has always been the domain of the local printer and I believe it will remain so,” he notes.

“We are always aware that even if we can produce the job, the problem is always the final mile – and whether that’s your own van or a courier it’s out of your control.”

Do I Really Need A Web2Print Solution?

Is a Consumer-Focused Digital StoreFront Something to Consider?