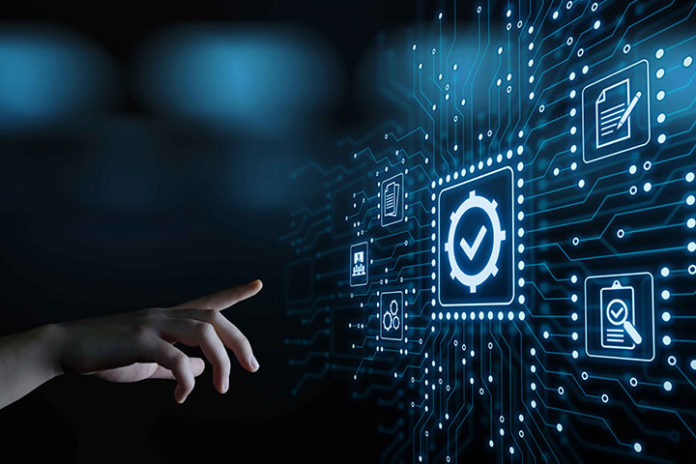 When discussing the merits or otherwise of ISO standards for printers with participants in the printing industry, you end up getting into quite a few conversations that conclude that these badges of honour can be a little like Schrodinger’s cat.

Like the Austrian physicist’s fictitious feline, the likes of ISO 14001 and ISO 9001 can, in the opinion of some, be both alive (a badge that represents quality practice) and dead (a badge that hides less than exemplary performance or one that is an unnecessary hassle) simultaneously.

The only way you will really know which status is in play at any individual print company, they claim, is to take a closer look – essentially, to open the box.

“In theory, it is extremely important for there to be standards by which quality can be measured in any industry,” explains Ali Ridha Jaffar, sales director at Print Express, which is part of the Syncoms Group. “However, whether in practice these standards act as an appropriate litmus test by which to measure quality is arguable.”

“Unfortunately having a standard does not guarantee good practice,” concurs Matthew Peacock, director of consultancy Active PPP. “I am often surprised by print companies that hold the ISO 14001 Environmental certificate but have no idea what their gross material waste is. Gross material waste (tonnage of paper for recycling and waste compared to tonnage used) is an easy measure for most litho printers and usually ranges from 15%-30% – a significant opportunity to reduce cost and environmental impact.”

Could it be true that these seemingly randomly assorted groups of numbers, so highly valued by print buyers, are often not quite the stamp of approval they should be? The answer, almost inevitably, seems to be both yes and no.

Firmly in the camp attempting to debunk notions these standards can be a hollow badge is the BPIF, which is keen to point out that they are a useful and reliable tool for many printers, one that should be utilised for best practice and cost savings not just to attract customers.

“The benefits to printers are two-fold,” says Dale Wallis, executive director at the BPIF. “One: putting procedures in place to comply with the standards automatically improves effectiveness and productivity. The second benefit is that printers can attract new work and more contracts from existing customer through the tendering stage as a number of customers require standards as part of the contract.

“Done in the right way standards can help you reduce your costs, improve turnover, improve profitability, and improve the company profile with stakeholders including the local community.

“We advise our members to carefully consider the ISO standards route thinking of legislation, moral and economic reasons. You can actually still have the same outcomes with your own procedures and policies in place, and it is less costly because of no auditing fees and such. But most print buyers will require the stamp of approval.”

Alison Branch, managing director of Park Communications, is another in the pro-ISO standards camp. Her company complies with a plethora of standards and she believes the benefits are numerous.

“For example, adhering to the ISO 12647 colour management standard does deliver a higher level of consistency as there are standards that you have to work within for ink weight, hue, dot gain and LAB values.

“If you wish to stay within the standard you must undertake regular maintenance and maintain not just your pre-press kit but also your proofing equipment and presses to a high standard. Those companies who are not formally accredited are probably less strict about this.”

The BSI, which administers the standards in this country, is understandably keen to defend the ISO standards. Dan Palmer, head of market development for manufacturing and services, says: “BSI’s suite of printing standards ensure the right processes are in place for consistent, high-quality output from printing businesses. ISO 12647-2, for example, helps to ensure colour separations and other parameters are correct, while ISO 3664 ensures that a fair appraisal is made with regards to specific viewing conditions for images on both reflective and transmissive media.

“The benefits of using BSI’s standards include a reduction in waste, cost savings and improved customer satisfaction.”

And yet, despite broad support for the idea of ISO standards, there is plenty of cynicism about both the ability of a standard to be a trustworthy badge of quality for customers and also the benefits it can bring to a company.

“In my opinion ISO standards can be beneficial if they directly support a business’s objectives, are well implemented and used effectively. But they can also be cosmetic and bureaucratic,” says Peacock. He adds that the benefits of a standard often depend on the reasons it is sought.

“Reasons for implementing standards range from sanity to vanity. If a standard provides an appropriate structured framework that will genuinely improve the business processes – excellent. If it is necessary to qualify for targeted profitable customers that fit with the business objectives – good. If it might attract new business – then okay. If it is for “me too” reasons – i.e. my competitors have the standard so we must too – that’s a weak reason. If it is to make someone’s CV look good if they can claim to have implemented it – that’s bad.”

Jaffar also questions whether having an ISO accreditation actually makes you any better at what you do. “While the ISO standard may provide an appropriate ‘tick box’ – whether a company without would provide a less superior service is highly subjective,” he says.

It’s the ‘worth’ of the standard when set against the cost and time needed for implementation that seems to bring about most doubts. Plenty of printers say they offer a better service without a standard than competitors with one. Others say standards regularly end up being rendered redundant despite the hassle of getting them.

“I have worked at a number of companies and none of them were ISO on the colour management side and we had no issues with the RIP/proofing and plating systems we ran in any of those businesses,” says Tom Gaughan, production director at Peter Scott Printers.

He argues it can often be a waste of money getting a colour standard.

“Today’s modern presses run colour bar readers, automatically adjusting to previous settings and re-print settings. These are great and improve makeready times and constantly add to the value of a job and its quality. We have the Gretag system on our plate system and calibrated densitometers, which suffice for all our colour work.

“Print is the most subjective part of the media industry and the ISO and its predecessors have done nothing in my eyes to blow away the subjectiveness of print. Lighting within a premises affects colours and no matter how much the [ISO] system says it is correct it is purely in the eye of the beholder. My attitude is the customers are paying for the job and we will make it look as they want not as a system dictates it should. So this makes somewhat of a farce of certain aspects of the ISO colour management setup.

“One of my employees was involved with a company that ran to ISO 12647 and he has said, despite their efforts (a lot if the stories I heard from him are true) he admitted that system’s standards were ignored where they differed from the paying customer’s demands.”

Branch counters on this particular point that colour standards may well be a lot of work but the pay-off is substantial and that they do require a company to really push themselves. Hence, she believes the ISO standards in general can be relied on and in the future, that badge of quality will be asked for increasingly by customers.

“Gaining and maintaining the standards requires investment in management time, regular maintenance of equipment and in the case of ISO 12647 regular review of profiles, regular review of the calibration between pre-press, proofing and presses and that the presses are matching proofs,” she explains.

“All of these take time as well as some hard cost – for example, paper to be used for the printing tests. There is also the cost of internal and external auditing. It may be these costs that deter some printers. However, we pride ourselves on delivering consistent high quality and would argue that adhering to the standards is essential. We see the standards becoming more popular and essential when servicing larger customers as they will be demanded by these customers.”

It is the customer angle that is perhaps most key in this debate. Plenty of printers – as the BPIF’s Wallis acknowledged – can get the efficiencies and quality standards across their press room without paying for an ISO standard and the extra hassle that comes with that. But customers – many of whom will not have an in depth knowledge of print – will increasingly look for quick indicators that they are dealing with a company of rigour environmentally, and of high quality. ISO standards can be that easily recognisable badge.

And ISO standards can also be key to ensuring a company does not let their own internal systems slip. Having that external assessor can bring discipline as well as, sometimes, a fresh perspective.

This is perhaps why Jaffar believes the real issue with the standards is that they are not accessible – or flexible – enough for all.

“Standards are important and should be encouraged. However, serious thought and consideration needs to be given to theory versus practice. Standards should be formulated in such a way that they are practical in the long term and accessible to large and small print companies.”

It is this call for change rather than abolishment that is more common among the ISO critics. Yes, many see them as a hollow badge or ill-fitting with the reality of a print business, but they don’t want to open the equivalent of Schrodinger’s box to find them no longer of this world. Instead, they want to see them reformed to being something more tailored to the realities of a print business. Of course, the advocates believe they already are.

Do I Really Need A Web2Print Solution?

Is a Consumer-Focused Digital StoreFront Something to Consider?